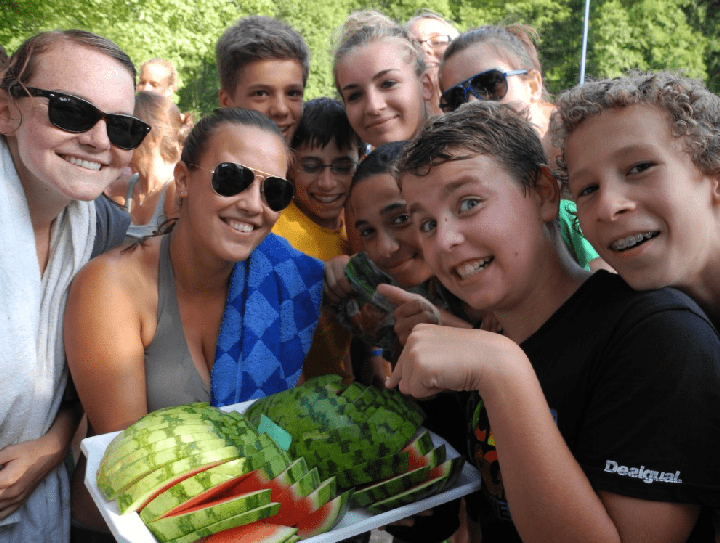 The main emphasis is on variety. The daily routine is understandably regular, but games and activities change every day. We keep an eye on the balance between physical and intellectual activities, between active and passive free time, or competing and improving language skills. We don't leave children to do their own thing too often, because we know that they get bored quickly and easily, which is not why they are here. The most important aspect of our interaction with children is getting them to know that they use English unconsciously. For native speakers of English we want to provide a positive multicultural experience and an opportunity to discover more about linguistic diversity.

The link between each of the camp's ten days is the game. It's called TEN DAYS IN ALASKA. The participants of our camps are already used to the fact that we are always in one of the English speaking countries and we get to know its life and customs. After having visited England, Australia, Hollywood, Scotland, New York, the British Asian empire, London, having driven across the USA, visited the Tasmanian devil, accepted an invitation to the Emerald Isle, saddled up with cowboys on the open plains of Texas, experienced Hawaiian luaus and volcanoes, we admired the elegant glory of Route 66, and we learned the 12 steps of traditional Scottish dance and experienced the gold rush period in California. This year we will explore in detail the northernmost and largest state in the United States. We're going to ALASKA! Because it is separated from the rest of the American federation by Canada, you can experience a completely different atmosphere and find a completely unique landscape. Alaska is a land of fur trappers, Native Americans and Inuits. It is also a region where the road network is so sparse and the countryside so rugged that it is common to travel by dog sled, boat or a private plane. It is no coincidence that the name of the state of Alaska comes from the word "Alyeska", which means "The Great Land" in the language of the indigenous Aleut people. The first inhabitants of Alaska, however, were probably people from the Ice Age. They entered Alaska via a land bridge that connected Asia and North America as the world's oceans receded. Today, the two continents are separated by the Bering Strait. Alaska became part of the United States in 1867, when the US government purchased it from Russia for $7.2 million. Although it didn't seem like it at the time, it was an extremely good deal. But many Americans didn't understand the transaction at the time, asking: "Why so much money for one giant refrigerator?" 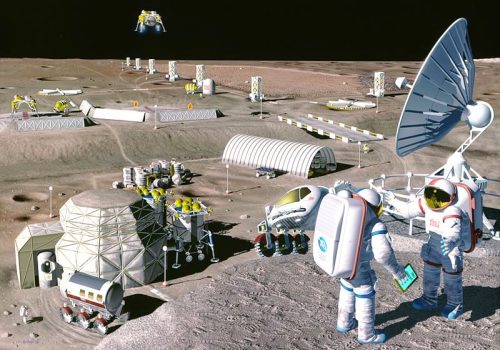 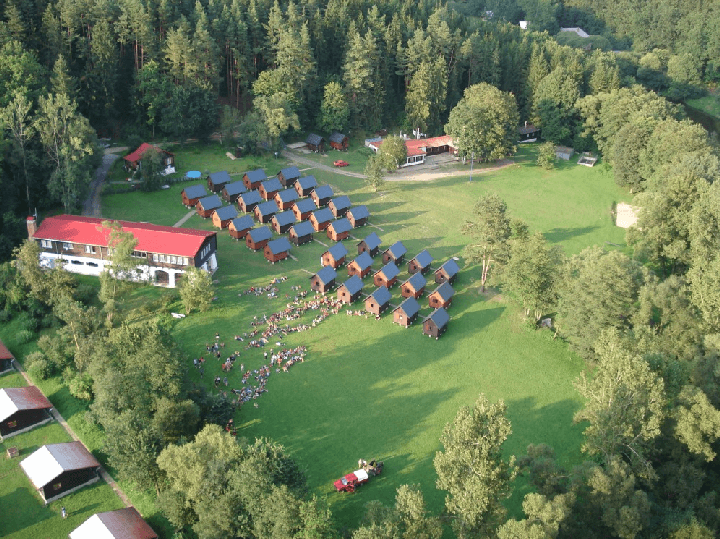 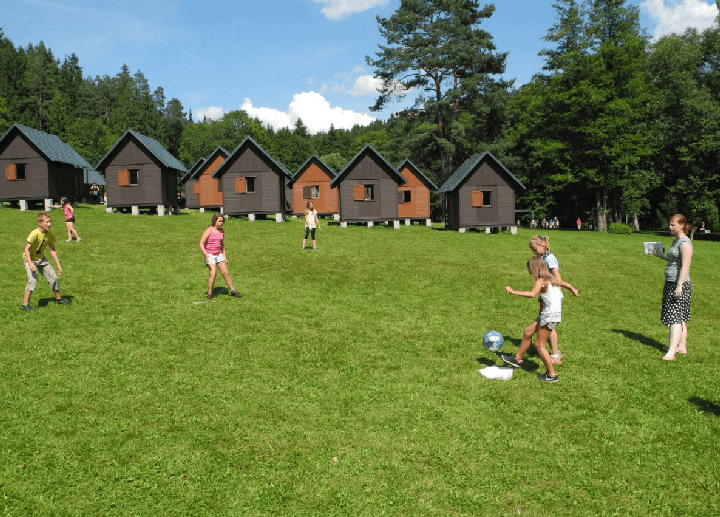 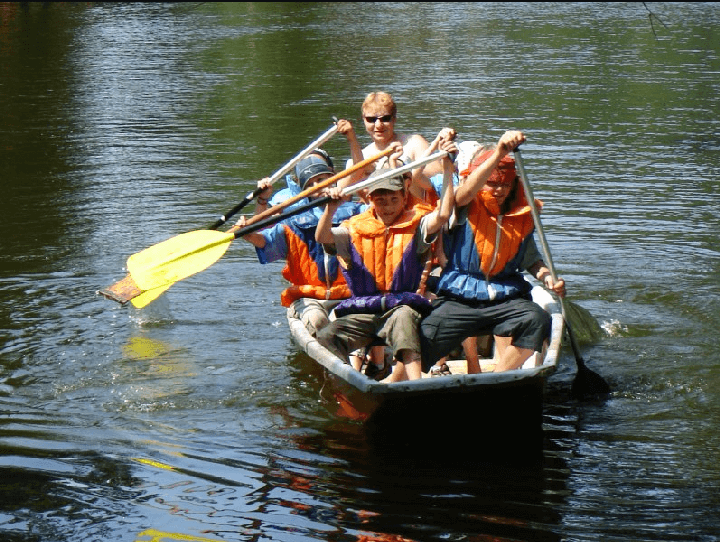 One of the interesting reasons why Russia sold Alaska was the collapse of the project to build a telegraph system from California, across the Bering Strait to Moscow, where it was to connect to the European network. The acquisition of Alaska opened up access to enormous natural resources for the Americans - mineral wealth, fishing opportunities, vast forests, furs. Large gold deposits were soon discovered in Alaska, mostly around the Yukon and Klondike rivers. Because of the ensuing gold rush, Alaska is also sometimes called the Eldorado of the North. Salmon and whaling became important to the trade. With the discovery of oil, industry developed. Under President Eisenhower, Alaska was admitted as the 49th state of the United States in 1959, the first state not directly contiguous with other U.S. states. The capital of Alaska, which can only be reached by boat or plane, is Juneau, but the largest city by far is Anchorage. It is common for individual homesteads outside the cities to be hundreds of miles apart. In fact, most of Alaska is wilderness, which is definitely its greatest asset. Alaska is notable for the number of nature preserves and national parks designed to protect its unique and untouched wildlife. One of the most visited national parks is Denali, which includes the formerly named Mount McKinley, the highest mountain in North America. It is 6,194 meters high and is now called Denali, which in the local Athapascan native people language means "The Great One". In addition to the panoramic views of the snow-capped mountains, we can observe reindeer on the plains, and if we are lucky, we can spot wolves and American black bears or grizzly bears. The most prominent bird here is the bald eagle, which is the national symbol of the United States of America. The mountain range is covered by extensive land-based glaciers, whose ice sheets reach down to sea level. Alaska also has a very unique coastline, which is very rugged.

Nine different species of whales and very intelligent dolphin-like porpoises can be seen. Although it all seems very romantic, the nature here can be quite cruel and can easily catch the unprepared person off guard. Winter in this area lasts for 9 months, 2 of which are polar night. In summer, there is a long 3 months of polar day. Today, the sight of yellow metal no longer lures the masses to the rugged north, but here we meet thousands of travellers from all over the world, following in the footsteps of the adventurous old times. Thanks to these tourists, the Gold Rush never really ended. And what attracts most is the fabled Chilkoot Pass, the place where gold prospectors suffered the most a century ago. Alaska is also a place that will surely spark the interest of every hiker to take part in a journey to this region shrouded in romance. Indeed, it is a place where much wildlife still lives, nature is largely preserved and it is more than likely that in some places the visitor will be the first to stand. So up "North to the Future", as the official motto of the state of Alaska urges us. Alaska is waiting to welcome us, like all adventurers before! The ones who will come with us will never regret it, because together with traditional camp games and competitions there are always some new and unusual ones. We want everyone to get something special so the realisation of the games is always guaranteed by the English speaking instructors and the Czech staff. The main aim of the games is to inconspicuously support language skills development, naturally flowing communication, and learning competencies that will be used in conversations on trips abroad and as the time goes at the English Graduation Exam.

What do children need to take for themselves? Suitable clothing for the camp's daily program, a swimming suit, a table tennis paddle, maybe a guitar for singing at the campfire, and glitter for the disco – all of these things will certainly be useful at EUROCAMP. Each morning the children will eat breakfast together and afterwards will set off with their leaders to the morning activities. During this time, they will learn all the important vocabulary and facts about that day's main event. It's not just a boring lecture – it's great fun. They will play many sports as well. Because we care about the balance between mental and physical activities, we offer many different sports that are suitable for everyone. Throughout these activities the children are, of course, using English as their primary spoken language. After lunch there is a rest period which is just the right time for relaxing in the pleasant shade of their cabins or watching their favourite movie. Afterwards there is a short afternoon meeting where everybody learns about the rest of the day's program – so straightaway an afternoon of adventure in the Nordic wilderness can begin. We will set off for the rugged ALASKA, where a wide variety of experiences await us. The landscape, the rivers, and even the clouds have a special shape and a unique atmosphere. We'll try our hand at gold panning and dog sledding. And then there's the extraordinary Eskimo Olympics, where we'll have to ride a wild reindeer, hunt for fish under the ice or tame angry seals! Finally, in the evening there is a discussion of the day's activities related to the camp game and then everyone is ready for a disco, movie, campfire, or any number of interesting and fun activities. This is why the children will return home full of new skills, many beautiful memories, and the experience of a true bilingual camp. 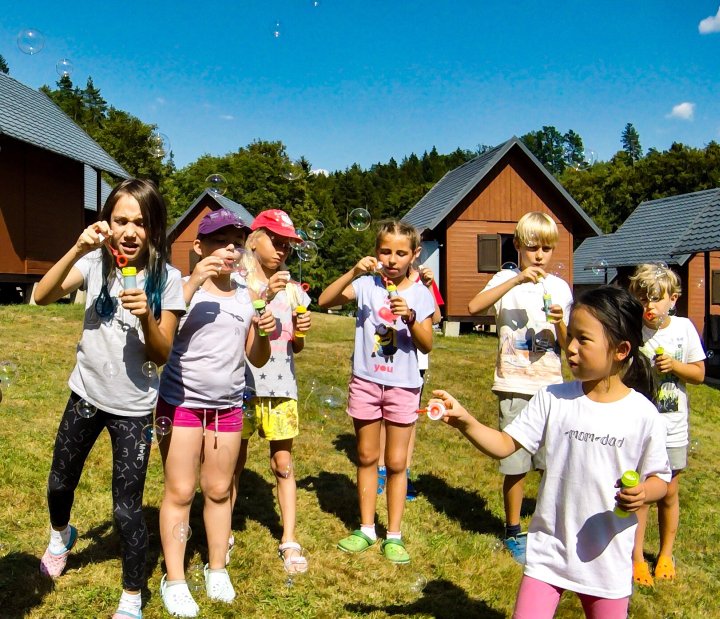